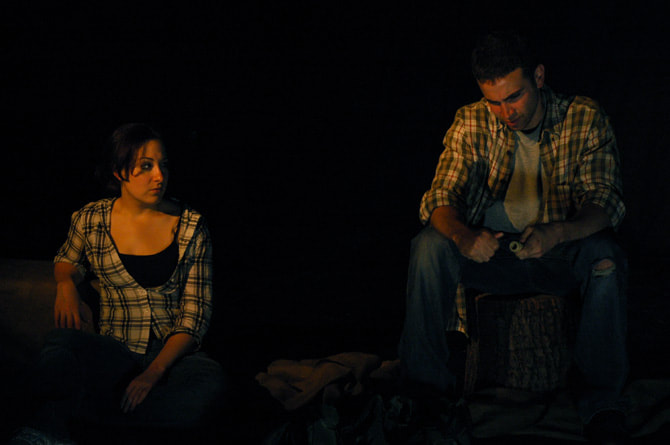 Photo by Paul E. Martinez
​
​The rural town of Tarker has been quarantined following the outbreak of a devastating plague. In this series of playlets, we meet several characters who have become trapped in their own community—a father and daughter, two high-schoolers, and a couple in the middle of a divorce.

"Even amongst total ruination, there are sometimes more important things at hand...The actors all find plenty of emotional action to play in scenes that are largely conversational, and humor—presumably a necessary ingredient of post-apocalyptic survival—keeps afloat with levity a thoughtful, meandering play." Recommended —Neal Ryan Shaw, ​Newcity